Build Trust and Innovation with the No Blame Zone

This is one thing that is always implemented on our Culture Change initiatives, the No Blame Zone! The process is lightly gamified to change the meaning of blame and make it fun… Yes, blame can be fun!

DO YOU HAVE A "BLAME CULTURE"? DISCOVER HOW EVOLVED YOUR ORGANIZATIONAL CULTURE IS HERE

Here are the steps to creating a No Blame Zone

The first step in creating a no blame zone is get the sign. We have prepared a cool one for you at: www.NoBlame.zone

Download it then print out lots of copies in color. Then explain to your team why you want to create a no blame zone. Get their buy in to the idea of being blame free. Resistance will appear from chronic blamers! …and they will want to know how people can be held accountable without blame… and yes, there is an alternative to blame we will share shortly.
But first, the eradication of blame.

I should mention that keeping a positive spin on “No Blame” like “respect others”, or “be patient”… do NOT have the same effect… You MUST use the “B” word to make it fun and work. Why? Because of contrast and sarcasm… the brother and sister of humour. Changing the meaning of something serious and stressful by using it in a light and carefree way.

Chose Jane… “Today, anything that goes wrong Jane’s fault!” obviously Jane is not responsible to everything. This makes no sense… and that is the point. This is called contrast.

Now let’s say Jane is about to start a new project and she is worried about the outcome… “Don’t worry Jane, if it doesn’t work, we will just Blame you!”

Bringing the “B” word out in the open makes easier to be aware about blame. Considering most people don’t wake up in the morning and think… “today, my target is to blame 5 people”, bale is not an intention, it is a reaction. The more awareness we have, the easier it is to take control. But its not always easy catch yourself before you blame and so to really create awareness at the right time, we need to catch people blaming! But we cannot blame them for blaming and they are probably not in the best of emotional state when they are so we need a positive awareness strategy. 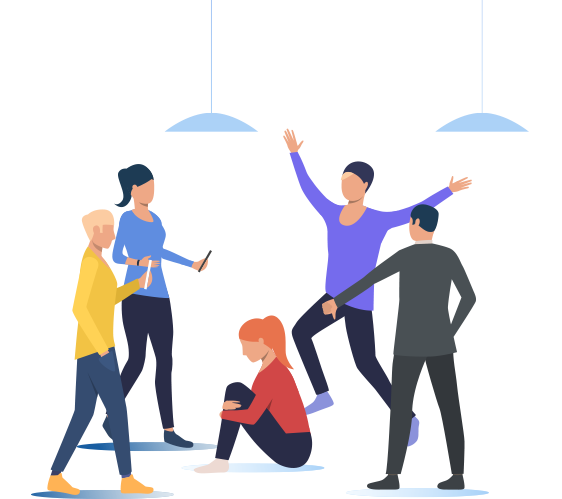 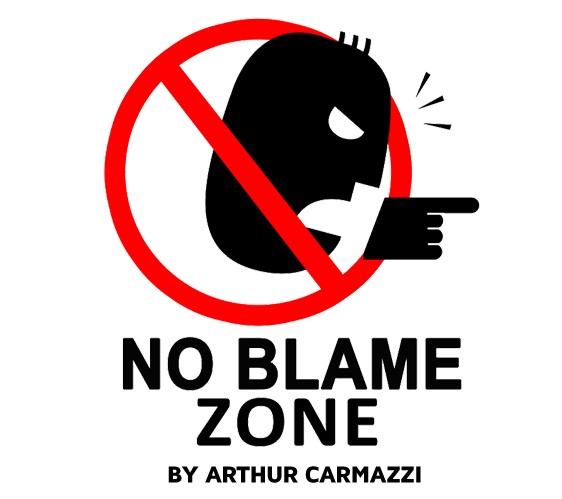 Smile! I mean really smile… like now! Now say while you are smiling “Are you blaming?”
Did you chuck a little? You would have if you were really smiling because it’s contrasting the norm.

After you have Downloaded the sign and explained the concept to everyone, here are the steps to a successful and fun NO BLAME ZONE: